Moved to another blog... 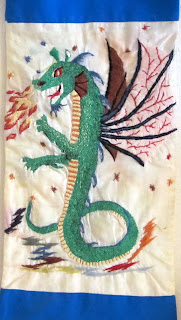 This blog is finished, thank you for visiting.

It has been a great run in many ways. When added to the motorcycle cruise across the country and meeting other bloggers - it has been wonderful. May God bless all your best. Love, Earl

Wow! Sorry, I was moving to a new blog, and just wanted y'all to know this one isn't going to be active any longer. The new blog is Earl's View and is still under construction but I have posted a note to self... I am going to be there, more or less.

I haven't kept a library for a little more than two years and just feel like a fresh start, most of what I know about life is my perception, and about ten percent is misunderstood, or totally strange because I didn't get it the way you did.
Posted by Earl at 8:05 AM 9 comments:

Too late to throw in the towel, you just got knocked out... 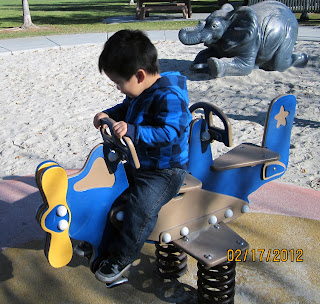 A while ago I went for a jog, found not enough air in my lungs and quit jogging after about six minutes. Then I went to shoot an AQT at an Appleseed and with my fine M1 rifle, I loaded the first two rounds, firing off hand, and then loaded a clip with eight when that first one was empty. Fired them and was well within the time constraints, 2 minutes. I went down to check my target and found eight hits in my target, but missing two. Then I looked at my neighbors, and sure enough, those look like my missing two rounds in his target. I stopped shooting for the day... I am sorry that I shot his target, but sad that I hadn't even realized I was on the wrong target.

My point being, I can't hang, I can't deliver and have only the good intentions left. I am so sorry for all that I could have been, but now can't even attempt. Very.
Posted by Earl at 3:10 PM No comments:

You do know that I am a failure... 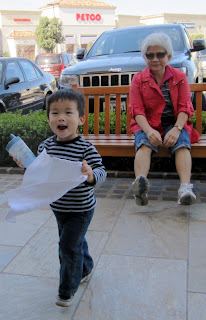 I mean my mother was sure I could be a lawyer, or even President. But I couldn't cut it, not enough people pleaser in me, so I don't have thousands of bankrolling SuperPACs trying to fill the airways with my picture and thoughts. Only Blogger allows me this massive audience. I haven't been part of any massive bailout of failing industries. I will give you an idea of my belief.

God is greater than I can imagine. I don't believe that the theory of Evolution is more than a human theory of how, maybe, God made the marvels of all I find around me. Divine Intelligent Design works very well for me. Now, if, humans were half so smart, then government control and regulation of the economy would work to perfection - but the Invisible hand of the market place works better, by the way, the Economy is a human activity, God just doesn't care -- enough has been provided, distribution (economy) is our personal challenge.

I can't be a king, or even a prince, won't win the Lottery, and in the end I hope all my major evil doings will be forgiven, for I have really been ashamed of them. Probably why I am not in the running for President - just no ambition to troll for airhead interns, to repay all my friends' bets on my success by cushy jobs at pay rates unjustified.

I can live very well without being the Commander in Chief, having been where leadership has counted and made a mark or two to help improve the world, my own and the lives of those I influenced. That is enough, sorry, Mom, there are some failures of greatness I proudly live without.
Posted by Earl at 5:03 PM No comments:

Stealth, how un-noticed can one be in the dark...

I once had a job along the DMZ, between the two Koreas. I patrolled the DMZ by day with the squad and at night stood guard on the fence making sure no one or nothing went un-noticed coming from the other side. The Armistice was long ago settled, the routines had been established the rules were enforced and there was no love on either side of the fence - and fear made all that moved your enemy for life, as long as either one of you had life.

Didn't seem like a bad gig. Nothing except fence in front of me, and deepening darkness all around. The foxhole buddy went right to sleep, totally unimpressed - having done this so many times before. But me, I was new and alert to all that lay before me... then I started to hear the noise behind me, little noises, and I started to imagine what that could be. If I was concerned enough I could request the searchlight to shine its lovely light on me... and did. The noise stopped as soon as the light went on. Now the foxhole, really a fighting position was open towards the back and there was a slight drop off and GIs had tossed their empty C ration cans over that way. Idea! it was rats! Big rats. Do I jump back there and blast away with my handy M-14? No! the explanations would take too much paper. And killing rats was frowned upon, and if it were an North Korean infiltrator - he would shoot back vigorously, full auto. Which in those early days impressed me. It was a cool September night, but I was sweating and worrying over what to do, ask for the searchlight again, they only have limited burn time. The noise stops again but when the light goes off it doesn't come back. Hours have passed worried about rats in the trash pile, I am exhausted and time to wake and brief my foxhole buddy. To include my fears of what might be behind me. I go to sleep wrapped around my rifle leaning into the sandbags, to wake in a few hours for Stand To.

Nothing further happened in the darkness, I woke on time, stood up and ready for Stand To, and the fly over by some officer of importance, I was more interested in the Sun being up and finding what the trash dump looked like and all. I got permission and went down and looked hard, for rat tracks or NK tread marks. I found rice paddy rubber shoe tracks, and followed the trail and found a trip wire too loose to work well. Checked both ends and found an old pineapple grenade, and carefully kept the pin in and held the handle down, nothing underneath it as a secondary booby trap (I was in full-fledged booby mode). Called in to central and got permission to toss the grenade into the DMZ. Got and did it and I was impressed, it did go off as advertised.

Now I sit in the darkness, listening for the sounds of a waking terrible two-year old. I hear the cars running on the Parkway, the sound of rain beating on the roof and water washing through the gutters. But no sound of a boy opening the door to come out of his bedroom. My wife is up early, she is up because I am incompetent. I seem to alarm the boy and he wakes the household, so she is up peeling an apple to slice as a snack for him. I have made coffee, fixed my breakfast and a cup of water for the boy. He gets up late today, I have waited in the darkness for over and hour and a half. It is a good morning for him, he gets his snack after a hug from grandma and greeting to me, I find his favorite YouTube video, about 'planes'. After watching it twice he gets breakfast and Sesame Street with vitamin and milk. I wasn't really alone in the dark with my wife, his toys were patiently waiting for his return. The barrel of monkey, trains and tracks would be quickly spread out and played with until it was time for him to prepare for daycare. 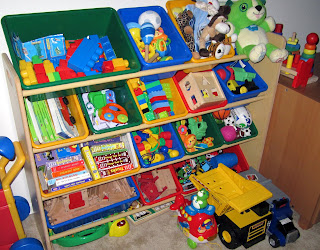 Time to take my pills, all eight of them. Do I miss those days on the DMZ, do I want more of them instead of waiting in darkness for baby boys? Of course not, once was enough for twenty-seven years and five months. America has no sentinels on the DMZ now, only reaction forces, times change. As I got older I could laugh more and more at the military rituals that were supposed to keep our enemies from striking us. Only the certainty of our Victory and their defeat would stop most attacks - but some will still attack because of their honor, and our disrespect.
Posted by Earl at 9:37 AM 4 comments: