How does that happen... 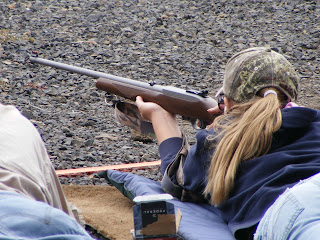 Today I wake to dreams of setting up a range for an Appleseed shoot. That is different, not the normal jogging around Fort Bragg with brick barracks and long roads and busted plumbing. I printed out my letter from the General Government Transition Pool Coordinator, if they get me a lesser position I can stay in the pool until I get one that meets my old position, but not if I get a position that is higher than the one I was laid off from. I still wrestle a bit with the laid off and worthless than I once was... should have kept killing for country, that business doesn't really dry up does it?

Well, I have sent out gifts to the neighbors on FarmVille, visited and helped where I could (feel like when I was a teenager working for a buck an hour on chores), plucked turkey feathers and asked my neighbors for dairy cows - I bought another barn and want to fill it, for milk and fertilizer and no worries about real cows, production, medications, manure and such. This virtual life is almost so easy - I am in the wrong virtual world though, all my neighbors are women and none of them have rifle ranges on their farms, but they got penguins and gnomes and such, sigh. Medications and breakfast calls, and another cup of coffee. Have a great last day of 2009, I have to wrap it up in the library and do my final reports. My cousin, preaching in New Zealand, has already welcomed the New Year, I expect the in-laws from Korea to call and talk to my wife, since they started their holiday, too. In Korea wanting to be a modern country they put the normal three day Lunar New Year on the regular calendar New Year, and found their people wanted the three day celebration for both - the people weren't wanting to give up their three day Lunar New Year, ever. I think the government went back to New Years Day as a one day event, so the production lines don't slow down too much. But the three day Lunar New Year will be waiting and on its way. Blue Moon tonight, don't you know. If you get a clear sky. Happy New Year!
Posted by Earl at 4:59 AM

Same to you Earl! No blue moon for us; rainy, dreary, overcast...